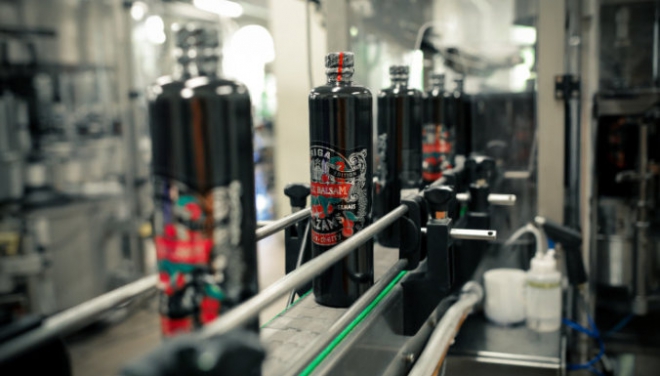 ‘Latvijas balzams’ has released a new – Cherry version in the Riga Black Balsam® herbal bitter line. Launching the production of the at the moment limited cherry series of ‘Riga Black Balsam®’, the company plans to increase beverage sales in both the domestic and export markets, including strong growth in the United States of America and United Kingdom markets in the coming years. It is noteworthy that the new ‘Riga Black Balsam® Cherry’ series is released on the 265th anniversary year since the creation of the brand’s recipe.

In spite of the growing competition in the spirits market, ‘Riga Black Balsam®’ is the most bought alcoholic beverage brand in Latvia – its total sales in the first half of this year increased by 13% compared to the same period of the previous year – informs the company.

Local Brand manager Ģirts Liniņš points out that the new cherry taste was chosen, taking into account the success story of the Currant balsam, and also based on the latest consumption trends in the world – consumers prefer sweeter drinks and smaller amounts of alcohol.

The creation of the recipe for the Cherry Balsam (alcohol content 30%) took about a year. The Riga Black Balsam® Cherry has an original, modern, and unique flavor, born from combining Riga Black Balsam with cherry juice. This creates a harmonious balance between the sweetness and bitterness of the drink with a strong cherry aroma to boot.

The company reveals that the choice made in favor of the cherry flavor variation were also influenced by export plans.

“Last year the sales of ‘Riga Black Balsam®’ outside the Baltic States grew by 20% and our goal is to double the product’s market share in the world in five years’ time. One of the biggest ambitions is to enter the American market as well as increase sales in the UK over the next few years. Therefore, the choice of a new taste was also guided by the choice of an international consumer. Unlike currants that are known mostly in Europe, the taste of cherry is known globally – a flavor that will be understood both here in Europe as well as over the ocean,” emphasizes the brand’s Global Director  Māris Kalniņš. He notes that Balsam is currently available in 35 world markets.

Taking into account the growing popularity of cocktail culture, Riga Black Balsam® Cherry will also be an excellent addition in modern cocktail recipes.