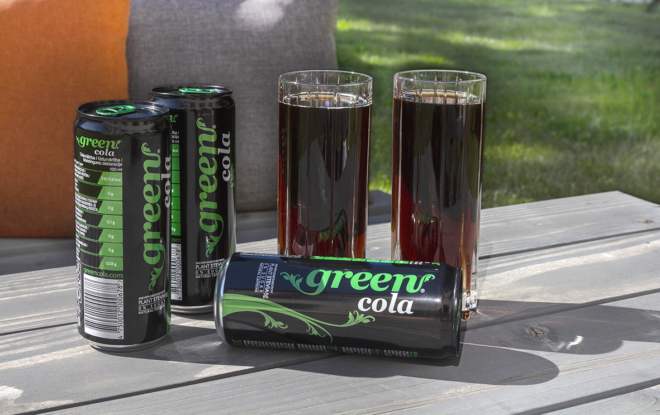 With the resumption of the can filling line, the leading producer of alcoholic beverages JSC Latvijas balzams starts the production of the award-winning lemonade Green Cola for the Baltic market. Well-known brands such as Riga Black Balsam, sparkling drink Cosmopolitan Diva and vodka brand Moskovskaya Vodka will soon get new variations on this production line.

“We are pleased that our Greek colleagues from Green Cola International have praised our work in restoring canning capacity to a new quality. After repeated visits of technologists, purchase of new equipment and adaptation of technological processes, we have reached an agreement to produce this drink for the market, which is recovering most rapidly after the Covid-19 pandemic – the Baltic region,” says Intars Geidāns, Chairman of the Management Board of JSC Latvijas balzams.

This lemonade is especially suitable for people who choose a healthy lifestyle because the drink does not contain added sugars, unlike the world-famous drinks, which contain a large amount of sugar. The pleasantly sweet taste of Green Cola lemonade is provided by stevia, which is a healthier alternative to existing lemonades and will be the right choice for people who want to reduce their sugar consumption on a daily basis.

“We are currently producing the original cola version of the drink, but we are considering expanding the Green Cola line in the future, also starting the production of orange and cherry lemonade, which is made from 20% natural juice and sweetened with stevia,” informs Intars Geidāns. “Green Cola” has been available in the Baltic market for several years, as well as it is also appreciated in other European countries; this year, in Romania and Bulgaria, the brand won the title of “Product of the Year” in the category of soft drinks.

“Producing volumes of “Green Cola” that are meant to the Baltics in Latvia means an increase in production and product diversity for us, and for distributors – a faster logistics chain,” says Intars Geidāns. “The next project in cans has already been approved; in the autumn we plan to start filling Riga Black Balsam cocktails. There is also an active process of developing new products to introduce the world-famous vodka brand Moskovskaya Vodka and the sparkling beverage Cosmopolitan Diva in cans with a lower alcohol content or ABV,” informs Intars Geidāns.